It hailed! Chunks of ice pummeled down from the sky for about five minutes, hitting the North End the hardest. For a brief and glorious moment, we all drove the speed limit near the ferry dock. Just before the hail rolled in, it created a rainbow that we all shared pictures of from different angles.

The snow has mostly melted, except for a few dirty piles in the corner of parking lots or in the shadiest spots along the road. That means it’s time for spring. And this spring the Farmer’s Market is reopening. Thank goodness. I missed going into town every Saturday, buying a week’s worth of vegetables, sitting on the grass and eating them all in one sitting, then petting a sheep who turns out to be the mayor.

Someone wants to know if the county has a bounty on barred owls. This seemed an odd thing to have a bounty on, since, as far as I know, no barred owl has ever kidnapped a princess or short-changed Jabba the Hut. But it turns out that barred owls are an invasive species, and they compete with native spotted owls for food and territory.

An astute group member worried that this would lead to the Cobra Effect. In India under British rule, the British government wanted to do away with all those scary poisonous cobras. So they paid villagers for every dead cobra they brought in. People immediately began breeding cobras to get the reward. When the British government found out, they ended the program. Now that their cobras were worthless, the villagers set them free, thus increasing the population of wild cobras.

I think we should absolutely take this approach, on account that I have an incubator that somehow keeps churning out chicks. A bounty would give me an excuse to keep owls around the house like some sort of obsessive wizard until they drove me nuts and I traded them in for a few dollars. or I could set them free and have them prey on the myriad chicks that just keep getting born every 21 days.

Bigfoot was spotted in Island Center Forest. At least it’s not a cougar.

There’s a sunken sailboat by Quartermaster. It may be a boat called Clueless, which is the property of an absentee owner. Apparently, it gets loose and causes a ruckus even more often than that big, fluffy dog on the North End.

Someone found a beautiful painted rock in the woods. They took it home, but then let us all know, in case they weren’t supposed to keep it. It turns out that painting rocks and leaving them in the forest is a worldwide hobby. People paint rocks, hide them, find other rocks, and then rehide those in new places. Some people claim to have found rocks they painted in different parts of the island, in different states, and even in different countries.

It turns out there’s a Vashon Facebook group for rock painters and hiders, which I immediately joined. The intro post with rules is a solid 1600 words long and includes gems such as an instruction not to hide painted rocks in produce bins. But once you get past the rules, the rocks themselves are lovely.  Someone even painted one with the words, “plz post on FB RAA.” Turns out there’s a national Facebook group for rock painting called Rocks Across America, and wouldn’t you know, I joined that one too.

Some people don’t like the idea of ruining nature by painting a rock. They’ve pointed out that in Hawaii there’s a fine of up to $5000 for so much as making a cairn of rocks. So, if you hide a rock in Hawaii, hide it really well. Maybe in a produce bin.

Finally, we’re all asking what’s with the pseudo-stoplight on someone’s property in Burton that flashes red, yellow, and green. It seems kinda dangerous. I’d go down there and check it out myself, but I’m really busy. I’ve got rocks to paint. 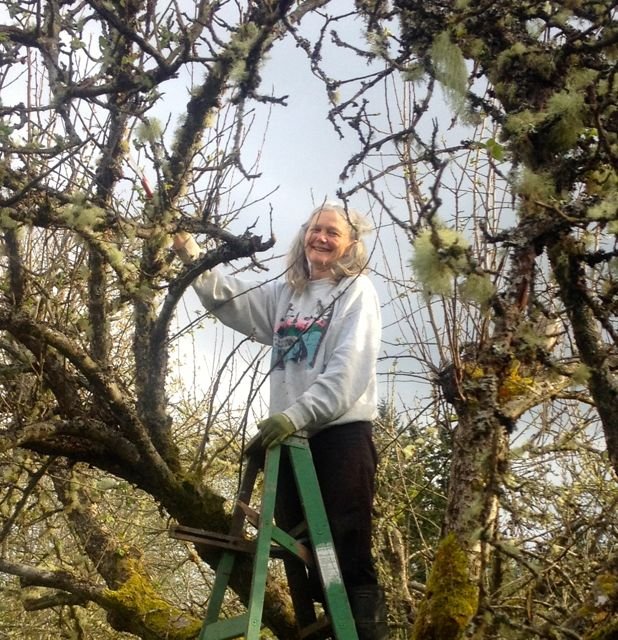