We start this week with a beautiful piece that Delinda shared with us called “The Multiverse is Gaslighting Me.” The tl;dr is that there is some sort of vortex in her home that steals spoons and replaces them with forks that match the ones she already has. Other things have gone missing and reappeared, including her husband, who disappeared for 15 minutes without his noticing it.

Delinda is a scientist who has explored the issue from many angles, trying to find a logical explanation (we’ve accidentally thrown out spoons) or a psychological one (are there issues with my own perception?) But there are just too many odd incidents that the issue can’t be easily dismissed. She suspects that there may be a vortex in her home.

Delinda is not alone in strange things happening. Have you ever looked for an object ten times in the same place with no luck, but the eleventh time you looked, it was sitting right there? You assume you had just overlooked it, but maybe it blinked out of this reality temporarily.

Many of us have encountered this phenomena: Lost drill bits, pieces of paper, earrings, and essential oil bottles have all gone missing.

Usually we blame our husbands when things disappear, and failing that, we blame menopause.

We find Tupperware missing lids or bases. I’ve found oddly shaped tupperware lids in my home that don’t match any of my containers, so maybe they belong to one of you? The vortex must be dropping them in my cupboard.

We think the vortex has directionality. Someone has too many spoons, so perhaps Delinda’s spoons have ended up at her house.

Another islander has only right- handed garden gloves. All their lefts have disappeared. But then someone else has almost all lefts and no rights! Another line of vortex discovered. We should draw a map based on the locations where items disappear and reappear.

Another islander has discovered the center of the vortex on the island, a place where her car can coast uphill in neutral.

One islander recommends making an offering to the vortex. It seems to like forks. Maybe try giving it a pitchfork? Or a rake?

But what if the disappearances aren’t due to the vortex? It’s possible that multiple phenomena are simultaneously at play. Some of us blame house gremlins for disappearing items.

Socks frequently disappear. This phenomenon is so common that we never stop to think about how prevalent sock gremlins are. I guess only weird gremlins with fork fetishes get our attention.

But maybe it’s not gremlins. One islander says it’s likely one of two things, “either entropy elves or you’ve taken CBD and forgotten.”  Presumably you’ve forgotten because the elves stole your memory of taking CBD.

Others say it’s fairies, who are known to take perfectly ripe fruit from trees and have been spotted by children in the Frog Holler woods.

But is the vortex the same as the place things go when lost? One islander calls it the in-between, the place where, “things pop in and then back out somewhere else.”

Another calls it the Kitty zone, on account that your cat will be right next to you, then suddenly not there. You’ll search the house for twenty minutes, only to find them setting right where they had been.

Perhaps it’s not the things disappearing, but us. We may be jumping to various timelines. We’ve all just dropped into a timeline where we never had that drill bit, we only have three forks, and no one’s socks match.

An isalnder asks in all seriousness if Delinda lives in the old Jesus Barn house, which is provably haunted. She does not.

Maybe she has a “shenanighost.”  One islander has a ghost who loves attention. She placates it with incense and candy. Another islander is on a first-name basis with the ghost who haunts her house and moves stuff around. His name is George.

And we get the greatest piece of advice, which we should all live by. “Ghost raccoons. Leave out a plate of imaginary hot dogs every other night and they’ll stop bothering your other stuff.”

But now that Delinda’s vortex has been exposed, some friends are afraid to go to her house, lest they blink out of existence for a spell. Though I kinda want to see if anyone gets multiplied, like the forks.

Delinda’s post was a joy to read, and a breath of fresh air compared to the other big thread we had this week.

That’s right folks, we argued about vaccine mandates in a thread with a ratio of 27 likes to 159 comments.

The gist of the original post was that America had lost its way by having vaccine mandates.

Before I get into the nitty gritty, I’ll give my take. We often use the words “American” and “un-American.”  But ‘American’ isn’t inherently good and ‘un-American’ isn’t inherently bad. To deal with crises, such as Covid and climate change, we need to make cultural adjustments, and some of them may be uncomfortable. (I mean, imagine if during World War Two, people had been like, “but it’s Un-American for women to work in munitions factories.)

This is the lens I look through when I read these debates about vaccines. Now let’s dive into the weeds.

We start by pointing out that vaccine mandates are in fact a tradition in America, upheld by the Supreme Court and integral to victory in the Revolutionary War.

But then we quibble over whether the type of inoculation George Washington required of his troops can be classified as vaccination. (Probably not, as they took juice from infected pustules and pricked people with it, which is definitely less safe and sanitary than modern vaccines.)

Then we argue further whether everyone was vaccinated. The answer is that no, just those who hadn’t previously been infected, as evidenced by smallpox scars. Some see this as vindication that there is no precedent for mandates. This ties in to the current debate because some people feel that prior infection should exempt people from vaccine mandates. (Though determining everything based on precedent doesn’t always prepare us for novel situations, so this seems like an argumentative dead end to me.)

We then talk about what happens when cops lose their jobs because they refused the vaccine. Personally, I think vaccine mandates are a great litmus test of who should be a cop. If a cop believes that their job is to ensure public safety, then they would get vaccinated to make themselves much less likely to spread an infectious disease. If an officer thinks that they’re above the law, then they should not be a cop.

The thing with vaccine mandates is you’re not being hunted and shot with a vaccine, like an elephant getting poached. It’s more like an ultimatum- get vaccinated or remove yourself from all the places where you could potentially infect others.

Anyway, we quickly start misconstruing each other’s words and accuse people of wanting to set up prison camps.

We argue about what freedom is, exactly, and how to ensure we have enough of it.

Can we quantify how much freedom we have? Is there a freedometer we can use to determine which policies bring about the most freedom for the greatest number of people? Can it be color coded like the terror meter they used to use ?

To me a lot of the anti-mandate arguments end up being based on a solipsistic view of the world. People ask, “Why are you afraid if you’ve been vaccinated?” The idea that you may be concerned for the well-being of other people, even people you do not personally know, and acting in their best interest, does not seem to register.

The point of vaccines is to reduce transmission, which helps everyone, but especially the elderly, those who cannot be vaccinated, or for whom the vaccine is less effective because of an underlying condition. It’s not just about your own well-being, but about being a part of the web of society and reducing the harm you could potentially do to others.

Then we argued about abortion for 40 comments, which I will spare you.

So, go read Delinda’s post, leave out a plate of imaginary hot dogs for your local raccoon ghosts, and remember that being brave is less about waving a flag and more about being willing to make radical changes to society in the face of an uncertain future. 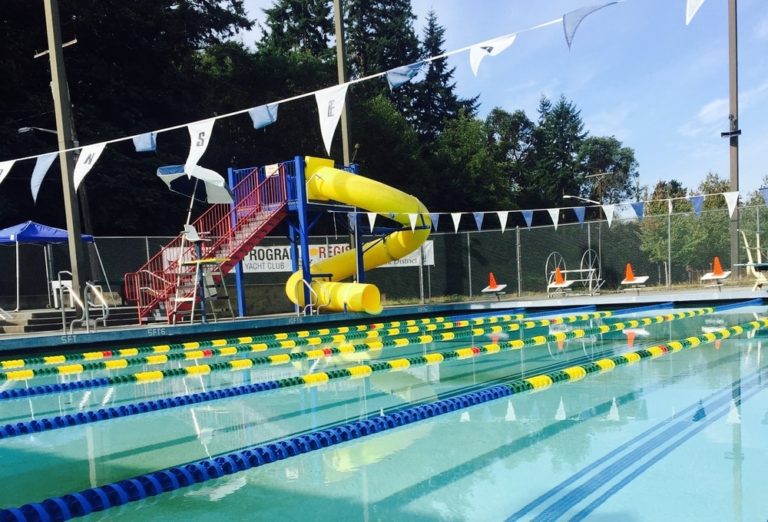