We start with an anonymously posted rant about ranting on the rants page. Buckle up. This week we get extremely self-referential.

Here is the rant: “Why is there a rants page if people are not going to be allowed to rant without being reprimanded? This is a rants page. Not an understanding page, not a compassion page. But it’s for rants. When someone is feeling cranky about something they should be allowed to post without judgement [sic]. No wonder anonymous posting became a thing. Y’all just can’t let people rant without turning into the person ranting is wrong.”

We have a variety of responses to this, most of which boil down to “lol, wtf?”

I personally want to judge others without being judged in return, but the rants page is more of a boxing ring where we all go in ready and willing to incur brain injuries for sport.

One islander says,  “What you really want is an echo chamber.”

Another says, “Posting rants has been a form of self punishment for as long as this page has been around.”

The original poster defends themself by saying that anonymous posting is for people who are tired of being berated and attacked simply for posting a bad opinion. They also bemoan how we often veer off topic.

I think of the rants page as more of a jumping-off point for irritation rather than a sounding board for a specific problem. It’s definitely not meant to be a brainstorming platform where we look for solutions. It’s more of a container where we can shove a miasma of negative emotions and let them fester and die there rather than spread and infect our whole body.

A commenter joked, “Personally I am offended by this post, admin please remove,” which the original poster of course took seriously and took undue offense at. Maybe the issue is not being able to read sarcasm or choosing the worst possible interpretation of other people’s words.

Some islanders take issue with posting anonymously. One says, “Anonymously ranting is a coward move. If you can’t rant about something without saving face, it’s not a worthy rant.”

Just as one would never take up a sword and fight for honor, glory, and god anonymously, one should put their name behind their rants about dogs in the grocery store as a matter of integrity.

It turns out that a lot of this bickering is spillover from a previous anonymous post about businesses not being open the hours they have posted. The original poster was told to have compassion for people balancing family and work commitments. Since I read posts from most recent to least recent, it took me a while to see that the anger and resentment in this particular rant were a result of a rich history of antagonism stretching back nearly four days.

Now we get to the thread that spawned the post we discussed above. Anonymous group member posted,  “How hard is it for a business to open and close at the time stated on the website and the business’s door?”

The most popular answer was, “Cuz we have loads of small business owners who have families and life problems.”

Since many of the businesses on the island are small and only have a few staff members, if something goes awry, like a late boat or a kid getting sick or a car needing repair, then people can’t get to work in time.

Some people bring up island time, a Spatio-temporal anomaly unique to Vashon. A long-time islander hates the idea of island time, saying it’s just laziness, and back in the day, if a business had specific hours, come hell or high water or a one-boat-schedule,  they would be there.

Which begs the question, how did businesses post their hours on their websites before the internet existed?

The issue then morphs into being about a business not being open during the times posted on their door.

Some islanders advise avoiding going to businesses during their first or last hour of operation.

One islander explains that they went to one of the weed shops at 10 am, an hour after it should have opened, but it was still closed. So they walked a few blocks up the street and went to the other weed shop.

This is why every town needs at least two weed shops.

Finally, we have yet another anonymous post, but this one is on the main Vashonites page: “Your pet doesn’t belong in a grocery store shopping with you. Therapy dogs are not service animals and are not allowed in grocery stores either.”

To this, someone replies: “Are we talking about the little white dog that peed in front of the deli counter this morning?”

We want to know the difference between a service dog and a therapy dog. The biggest difference is that guide dogs have years of training and know how to go about being in a grocery store without, for example, peeing in front of the deli counter. Therapy dogs are chill dogs who’ve flunked guide dog school and are cool with being sobbed on by people actively having emotional breakdowns.

I sometimes think of my husky as a therapy dog because he causes me to need therapy. He would likely not be welcome in the grocery store, as he’d do thousands of dollars worth of damage to the sausage section in a matter of seconds. 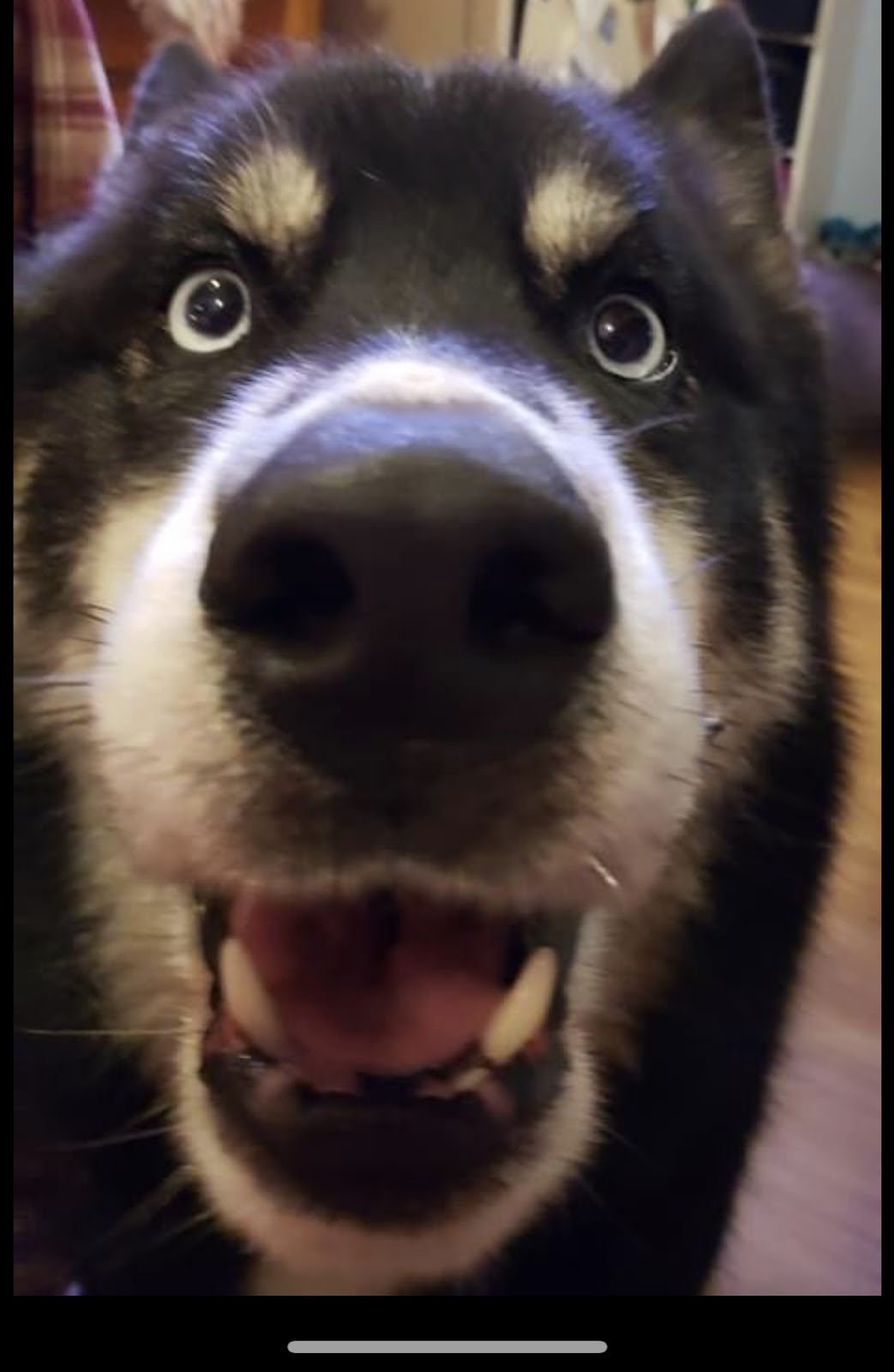 Some people point out that guide dogs are well groomed and well behaved, while pets and emotional support dogs can be allergenic, dirty, and boisterous. Others note that dogs aren’t any worse than people in those respects.

This issue about where and how dogs should be allowed in public often arises. There’s a balance between people who are bonded with their dogs and need them for emotional support and people who fear dogs, are allergic to dogs, etc. How do we strike a balance so that people with conflicting needs are welcome and comfortable in public? I don’t have an answer to this. Consider it an exercise for the reader.